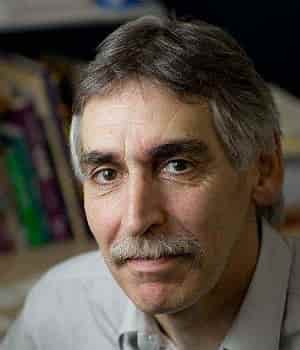 Currently he devotes most of his time to voluntary community work and is chairman of Light 2000 community group which relates to environment issues; and is a member of Kilbroney Community Association. He occasionally writes for daily newspapers on the ongoing political situation in the north of Ireland.

Graham entered journalism in 1968 and covered the early civil rights movement, the troubles, and all negotiations leading up to the Good Friday agreement as well as the establishment of devolved government in Northern Ireland. He covered the political talks in Belfast, London, Dublin, Brussels, and Washington.

In 2003 Graham was the only UK or Irish journalist selected to take part in a United States State Department study programme on foreign affairs which related to the middle East, Northern Ireland and other issues and included a private meeting with Henry Kissinger.

Graham’s reporting is mentioned in a book by George J. Mitchell entitled `Making Peace.’ Mitchell was President Clinton’s special envoy to NI and chaired the all party talks at Stormont which led to the 1998 Good Friday agreement.

In a personal letter to Graham, Senator Mitchell praised his “fairmindedness” when reporting on “a complicated story” and “in laying the groundwork for voters to make an informed choice.”

Over the past three decades Graham has been involved not only in reporting political developments but also has engaged in behind the scenes private discussions on these topics with British, Irish and American diplomats and politicians.

He has been interviewed by radio and television on the Northern Ireland situation including BBC, UTV and NPR America.

Graham has over the past few years been involved in a number of initiatives including bringing together Christian, Muslim and Jewish leaders from NI, the Republic of Ireland, and England for dialogue and sharing thoughts.

He also shaped and founded the Rostrevor Literary Festival now in its fourth year which brought together former hostages in Lebanon to share their experiences. The Festival has also included listening to refugees from many parts of the world including Rwanda.

To view our latest tours to Northern Ireland click here »