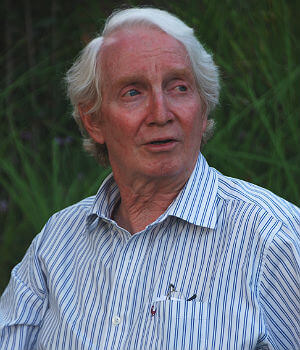 Peter edited The Star, South Africa’s premier daily newspaper from 1993 to 2000 – through the country’s transition to democracy. In 2001 he was appointed Group Editor-in-Chief of Independent Newspapers, 16 South African titles, a position he held until 2010.

After teaching and the army he joined the Rand Daily Mail as a cadet reporter before becoming the country’s leading political analyst in Parliament. In the 1980s he interviewed domestic Presidents and Prime Ministers John Vorster, PW Botha, FW de Klerk; in Africa Zambia’s Presidents Chiluba and Kaunda, abroad President Ronald Reagan and Prime Minister Thatcher.

He has had many interviews with former President Mandela.

A keen twitcher, story teller, and World Economic Forum Veteran, in 2010 Peter was honoured by Print Media South Africa with a Print Media Fellowship, for “determination, dedication and integrity in a passionate drive for the betterment of the South African newspaper industry.”

He is currently Chairman of Landelahni, a top recruitment, leadership and assessment company, which occupies a special place as it is owned entirely by people who are black or female.