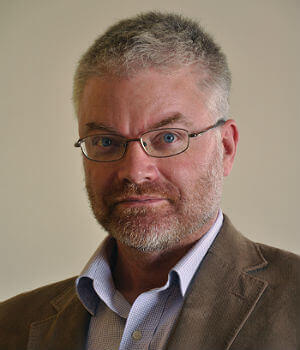 Nicholas Blanford has been a correspondent for The Christian Science Monitor, writing on Lebanon and other areas of the Middle East, since 2002. He has covered Lebanon’s complex and turbulent politics, including the 2005 assassination of former prime minister Rafik Hariri, the 2006 Hezbollah-Israel war, and the uprising in Syria. He has also reported for the Monitor from Iraq, Syria, Qatar, and Kuwait.  In addition, he writes regularly for The Times (London), The Daily Star (Beirut), and Al-Jazeera America. His work has also appeared in the New York Times, The Boston Globe, USA Today, and The National (Abu Dhabi).

Nicholas is a defense and security consultant for IHS/Jane’s. He is a Non-resident Senior Fellow with the Middle East Peace and Security Initiative (MEPSI) at the Atlantic Council’s Brent Scowcroft Center on International Security.

He has lived in Beirut since 1994. Blanford covers the politics and security affairs of Lebanon and Syria. He is an acknowledged expert on Lebanese Hezbollah, particularly the organisation’s evolving military activities which have remained a focus of his work for two decades. He regularly participates in seminars and conferences and has briefed government agencies and militaries on issues related to the Levant. He has also participated in Track II discussions connected to the Middle East peace process.

Blanford is the author of “Warriors of God: Inside Hezbollah’s Thirty-Year Struggle Against Israel” (Random House, 2011); and “Killing Mr Lebanon: The Assassination of Rafik Hariri and its Impact on the Middle East” (IB Tauris, 2006). He wrote the Lebanon chapter in “The Islamists Are Coming: Who They Really Are,” ed. Robin Wright (Woodrow Wilson Center, 2012); and the introductory essay to “The Voice of Hizbullah: The Speeches of Sayyed Hassan Nasrallah” (Verso, 2007).

To view our latest tours to Lebanon click here »