Kate Adie, author and broadcaster, became a familiar figure to viewers through her work as the BBC’s Chief News Correspondent.  She is considered to be among the very finest reporters, as well as one of the first British women, sending despatches from danger zones around the world.  She is also the long-serving presenter of Radio 4’s From Our Own Correspondent and a guest on many other radio and television programmes.

Kate’s memorable assignments include both Gulf Wars, four years of war in the Balkans, the Herald of Free Enterprise disaster at Zeebrugge, the massacre at Dunblane and the Hatfield rail crash.

She has been named “Reporter of the Year” twice by the Royal Television Society; the first occasion was for her coverage of the SAS end to the Iranian Embassy siege in 1973.  She also won the Monte Carlo International Golden Nymph Award in 1981 and 1990, and was awarded an OBE in 1993.

Kate grew up in Sunderland and gained her BA from Newcastle University where she read Swedish.  She was a member of the National Youth Theatre and still attends the theatre and visits galleries when time permits.  She is an avid reader of both fiction and history, and has served as a judge for literary prizes, including the Orange Prize for Fiction, the old Whitbread and the Costa. Kate is currently the Chair of the National Campaign for the Arts.  She has also served as a trustee of the Imperial War Museum, and her illustrated, companion history to the museum’s exhibition about women in uniform, Corsets to Camouflage, was published by Hodder & Stoughton to coincide with its opening in the autumn of 2003.

Her first book, The Kindness of Strangers, an account of her work as a reporter and how she came to undertake it, was published by Headline in 2002 and remained on the Sunday Times best seller list for 37 weeks. Hodder & Stoughton has now published Nobody’s Child: The Lives of Abandoned Children (2005) which formed the basis of the BBC 1 documentaries series, FOUND, and, most recently, INTO DANGER, (2008) a study of men and women who risk their lives for work. 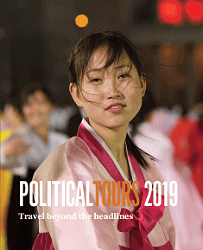