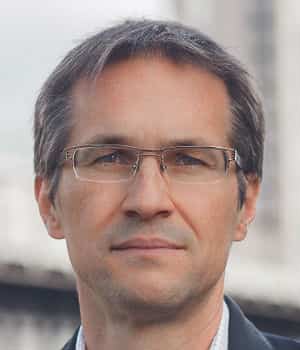 Gerald Knaus (Austria) is the founding chairman of the European Stability Initiative (ESI), a think tank with offices in Berlin, Brussels, and Vienna working on South East Europe and the Caucasus, European enlargement and the future of EU foreign policy. He studied in Oxford, Brussels and Bologna, taught economics at the State University of Chernivtsi in Ukraine and spent five years working for NGOs and international organisations in Bulgaria and Bosnia and Herzegovina.

From 2001 to 2004, he was the director of the Lessons Learned Unit of the EU Pillar of the UN Mission in Kosovo. In 2011, he co-authored, alongside the British MP Rory Stewart, the book “Can Intervention Work?”. He wrote scripts for award-winning TV documentaries on South East Europe (www.returntoeurope.eu, 2008-2012) and co-authored many ESI reports on EU enlargement, the Balkans, Turkey and the Caucasus that have triggered wide public debates, including “Islamic Calvinists – Change and Conservatism in Central Anatolia” (2005), “Caviar Diplomacy – How Azerbaijan Silenced the Council of Europe” (2012), and most recently “The Merkel Plan” (2015) and “The Rome Plan” (2017) on the refugee crisis and “The European Swamp” (2016) on corruption in the Council of Europe.

He is a founding member of the European Council on Foreign Relations and was for five years an Associate Fellow at the Carr Center for Human Rights Policy at Harvard University’s Kennedy School, where he was also a Visiting Fellow in 2010/2011 lecturing on state building and intervention. In 2016/2017 he was a Mercator-IPC Senior Fellow in Istanbul. He is based in Berlin and Istanbul and writes the Rumeli Observer blog.

To view our latest tours to Germany click here »