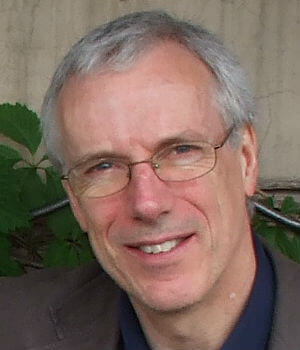 Angus Roxburgh has extensive experience of working in Russia, both as the BBC’s Moscow correspondent, a reporter for the Sunday Times and more recently an advisor to the Kremlin.

Highlights of his career include being kicked out of Moscow in a tit-for-tat spy scandal, covering the fall of communism in Eastern Europe. After more then 15 years with the BBC ending as their Europe Correspondent he became a media adviser to the Russian government, gaining fresh insight into the workings of the Putin regime – He later wrote a widely praised book about Putin entitled “The Strongman”, which was published in January 2012.

His first job was in Moscow in the 1970s, and then went on to work as Moscow Correspondent for the Sunday Times.

In 1989 he was kicked out of the USSR in a tit-for-tat spy scandal after the British prime minister Margaret Thatcher expelled Soviet spies from London. Angus then joined a new Sunday newspaper, the Sunday Correspondent, covering the fall of communism across Eastern Europe.

His first work in Russia dates back to the mid 1980s.  After writing a book about the Soviet newspaper Pravda, he got a job with the BBC Monitoring Service, and began writing for Scottish and UK newspapers. In 1987 he became a sub-editor on The Guardian, and in October that year was appointed Moscow Correspondent of the Sunday Times.

He then worked as consultant on an award-winning six-part TV documentary about Gorbachev’s perestroika reforms in Russia, titled The Second Russian Revolution, and wrote a book with the same title.

In September 1991 he was appointed BBC Moscow correspondent, and throughout the Nineties covered the Yeltsin years, including the war in Chechnya and the chaotic introduction of capitalism in Russia. During this time he made several radio and TV documentaries.

From 1998 to 2003 he was the BBC’s Europe Correspondent, based in Brussels. After this he worked as a freelance journalist in Brussels, at the same time returning to his early passion for music. He began to write songs and to perform in a Brussels music club.

In 2006 he accepted a job as a media adviser to the Russian government, gaining fresh insight into the workings of the Putin regime – something he put to good use three years later when he worked as consultant on another documentary series for the BBC, “Putin, Russia & the West”. He also wrote a book about Putin entitled “The Strongman”, which was published in January 2012.

To view our latest tours to Russia click here »